I visit the Vortex booth every year at Shot Show. They’ve always got a boatload of new things to drool over. This year a lot of the attention went to their new American made optic, and that’s cool. But I found a cute little guy that got me all nostalgic for when I first started shooting videos.

The new monocular essentially bridges between Vortex’s Viper level mountain scopes and their original Diamondback level monoculars. So this unit is the size and weight of the originals, with the glass and reticle out of the mountain scopes.

And it’s worth noting that the reticle in there is one of the best ranging reticles I’ve ever used. It’s got solid substentions (which have actually been expanded for the Recce Pro) but also features a number of quick ranging silhouettes that can be framed over a person or deer’s torso.

The model I saw at Shot Show was an 8×32, but apparently a 10x magnification is also in the works. You’ll also notice the rubber covers for the objective and ocular lenses, that seal around the optic, but remain tethered when detached. 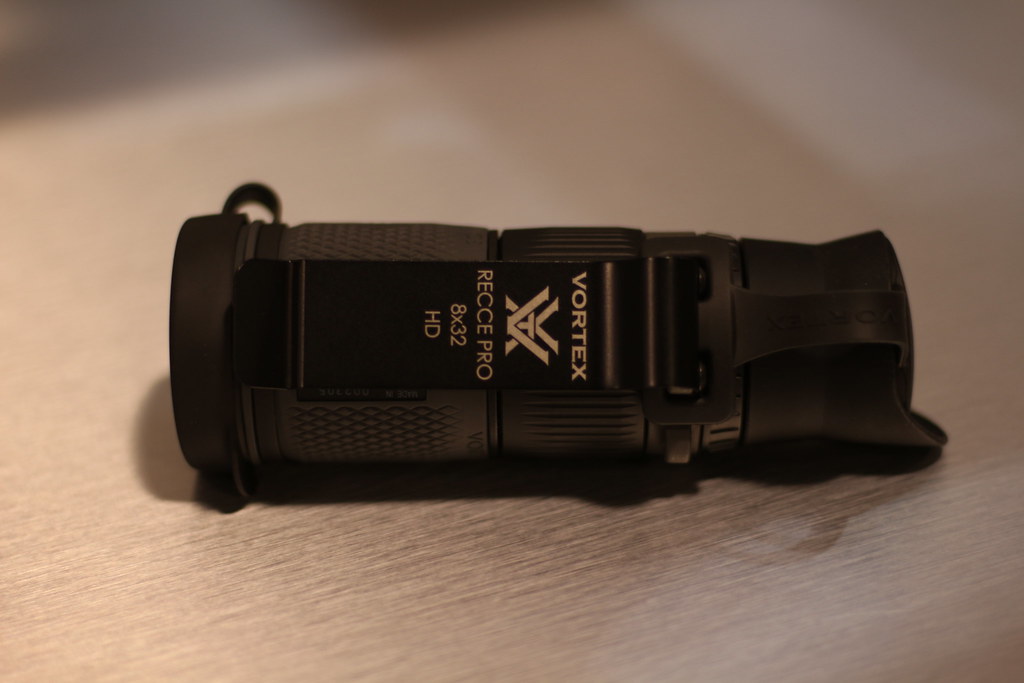 If you’ve been following my stuff for a while, you might remember this little beauty from 3 years ago when I liked to put on multicam and go for long walks in the rain.

While in retrospect I might shake my head at that unbridled enthusiasm, I did like the Recon quite a bit. Now, with a smaller, lighter version that maintains the sharp glass and useful reticle, I’m feeling very tempted.