It’s mid-evening and I’m driving west. Resisting the urge to scratch the mosquito bites and ignoring the smell of sweat and gun powder residue on my clothes, squinting through my bug covered windshield, chasing the sunset on a southern Alberta highway. This was the end of my weekend, but lets start at the beginning…

Q-Division the training arm of Black Box Customs in collaboration with ABD Concepts presented a pistol concepts course for Law Enforcement and Military only students. I say students in the sense that we are always learning. I was surrounded by a wide variety of LEOs from big cities, to smaller towns, and R.C.M.P., from patrol officers with a few years or in one case about 18 months on the job, to Tac Team/SWAT members, and agency trainers/instructors with double digit years in experience, to an Army Combat Engineer with 22 years in and my old-ass Infantry self.

I’ve been on a lot of training courses, both civilian and military, as a student and a teacher. So, what makes ABD Concepts and Q-Division different from the sea of training courses out there available? For me it’s quality of instructor and depth of instruction. In the sense of how well an instructor can convey information to their students so it can be absorbed and confirmed. The army is famous for churning out “trained” instructors and leaders with the standard checks in the box. Just because you have a qualification doesn’t mean you’re a good instructor or mentor. Time, practice, and for me personally making a lot of mistakes helps me to be a better leader and teacher.

Black Box Customs takes the time to test, assess, and methodically refine their products with hard data and analysis through repetition, until they get a better product through deliberate design improvements. The same can be said about Q-Division and ABD Concepts. They’ve taken their years of street and field experience, and learning from others in their trade to distill a fast and furious course curriculum packed with relevant information backed with real world and/or case study experience. I know because I asked the stupid and not so stupid questions.

SVT who is ABD Concepts lead instructor is a former Tac-Team Sharp Shooter and recently retired from a major metropolitan agency. Right off the jump the comfort level with him and his rapport with the other students in the room was very positive and inviting. More or less the opposite of the knife-hand pointing drill cadre teaching on an Army course. First impressions are everything in everything. Since SVT is now civilian and pretty much answers to just ABD and Q-Division it was reassuring to know that the information he was delivering was motivated to improving the students ability with their pistols and there was no favouritism one way or the other.

While myself and the combat engineer were the only military people on the course, the staff were able to relate the teach material for our uses as well. That being said, much was covered in the areas of accountability on the street, the criminal code, and courts surrounding officer involved shootings. One of the issues brought up quickly was the whole trend of “Defund the Police” which in all common sense, doesn’t make any. Why take away money, people, information, and tools that can make law enforcement officers on the street more able to address calls and situations through education and repetitive training, and when needed, technical proficiency with their firearms as a proper justified response? Take a moment and think about it.

SVT’s style of instruction is informal and there’s a lot of joking around with the type of dark humour only military and cops can appreciate. He’s genuine in his delivery and honest with where he’s getting his information from. If the staff picked up a useful piece of information, technique, or procedure, from the numerous dozens and dozens of specialty courses the staff have participated in they would give credit where credits due and follow up with us to check those source as well to confirm as opposed to taking just their word for it. In short, this is the type of instruction I’m paying for, other subject matter experts taking the best of their experiences and training and filtering that information to present to the course what is most relevant.

I always inform every instructor I meet on a course that if I can learn one useful piece of knowledge per day that I can take home and work on myself then I’ve got my money’s worth. I was fortunate enough to walk away with about two dozen excellent pieces of information from this course and not just from the instructors but from watching the other candidates, who again, are themselves instructors and trainers. Surround yourself with people of better calibre and you strive to elevate to their level. Call it value added.

Things I picked up just in the classroom portion even before we hit the range was very useful for me. While it was heavily weighed towards law enforcement, concepts are universal and grounded in common sense. Emphasis was put on tracking your performance and recording your data for comparison and analysis. Most people can tell you what their one rep max is on the bench press. How many of those people can tell you what their average trigger pull time is on a shot timer at the ready versus their draw from holster and first round fire time is on a shot timer? Tracking this information does matter, especially with the cost and availability of live ammo always an uncertainty you have to make every round count.

The staff were very good at breaking concepts down and then building them back up in context. I’ve been shown six ways to Sunday on how achieve a proper dominant and support hand grip on a pistol but the mechanical breakdown of the motion demonstrated helped me in repeating the movement, again something I can do at home for free.

The end of the first day felt like it ended too early even though we were probably over time by 90 minutes or so by my count. But that’s the kind of training day you want to have versus just watching the clock. The second day of training started in the classroom again, talking about nailing down the five W’s, the context needed to reacting to a situation and reacting accordingly. Emphasis was put on accountability and articulation on use of force and how to build a framework for court. Again the gathering of data and training numbers for review and analysis later was touched on once more.

On the firing line more wisdom was dropped on me in a couple of matter-of-factly moments on my part. It wasn’t until after that I realized how much the army to some extent has done me a disservice with the way I was trained. But as with large organizations it takes years or decades in some cases to change doctrine. With tactical and small specialty teams much like special operations forces; all of whom are small agile and easily able to absorb new TTPs and applying them, this pistol course helped me correct some basic bio-mechanical movements from the top down to my stance.

The psychology of shooting and training was touched on as well regarding performance and improvement. One that stood out for me was the negative space target drills. It helped me “devisualize” if that’s a word, I know it’s not, hits in the “A” zone and realize that hits are still going where they need to without having to get conflicted about a grouping that you may not have desired, even though you still achieved your hits. Essentially helping your Ego temper your Id while on the range. Another thing that was brought up was the importance of the pinky finger. In several instances the pinky came into excellent effect, whether it was through grip, weapons manipulations, or deployment and use of a hand held light. Who knew the pinky was more than just a Dr. Evil signature move or the other half of the Brain.

Speaking of brains, in an effort to help the students on and off the range, we were all testing out three targets that ABD developed with multiple uses for each and more importantly able to print off on common letter sized paper. Dubbed The Lantern, The Mandarin, and Rush Hour these three targets were briefly explained to us and then we used on the range. The best part being is that every one on the course got copies of these to use and practice on their own time.

When it comes down to the employment of a pistol for your job or otherwise, I know that effectively managing its use is a fast diminishing skill set if you don’t practice all the time. One of things that one of the other candidates said really stuck to me: “For every live round fired you’re dry firing nine.” That rings very true in my ears.

ABD Concepts and Q-Division put on an excellent inaugural pistol class to a group of highly motivated law enforcement officers and a couple of old army guys. We were given good instruction on the shooting line and very useful information behind the desk. But I think most importantly we were given some tools to take away and practice and employ well after the course concluded.

ABD Concepts and Q-Division are holding a pistol Red Dot Sight employment course in the very near future and if you’ve ever wondered if you should get an RDS mounted on a pistol, this is the course to be on. They will be supplying rentals on this course for candidates to trial if they don’t have a red dot on their pistol. Civilian and LEO/Mil courses are both available to sign up for now. 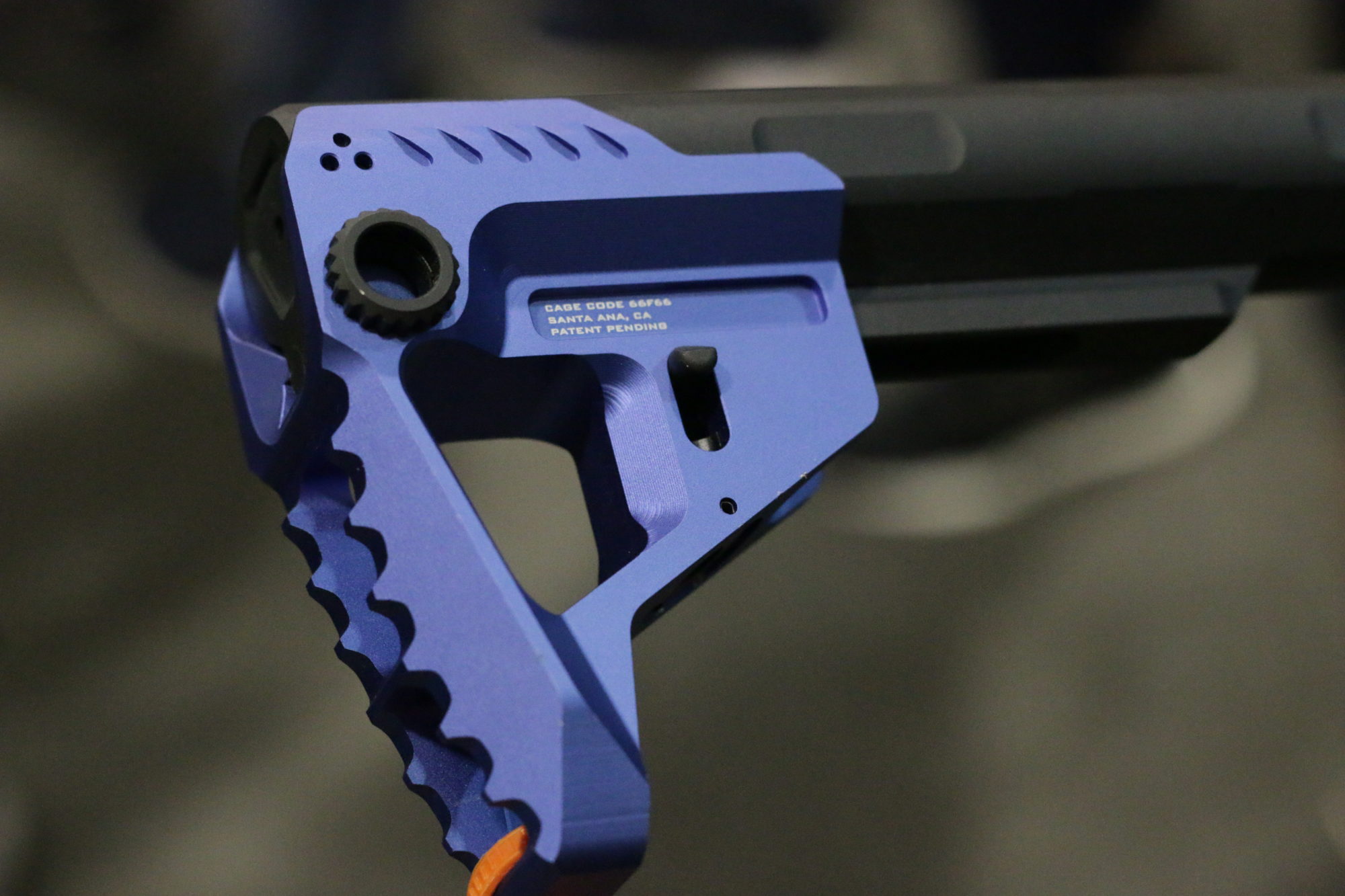 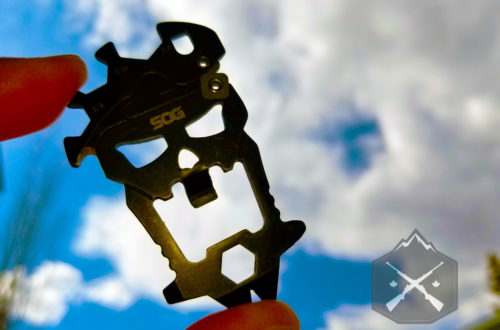