At the 2014 Bullpup Convention in Kentucky, IWI US presented a select fire version of the X95 Micro-Tavor for the public to try. It was a great event, and the rifle was a lot of fun. I’ve been drooling over the X95 for years, so it was a great opportunity to finally get my hands on the rifle and put some rounds down range. You can see the video below!

I’m not sure why IWI decided to demo this rifle to the public with an AAC flash hider on the end of it. It seemed to produce more jump than was really necessary for a .223 rifle. However a big brake would be an obvious mistake, as the short 13″ barrel and bullpup format means your nose is unusually close to the muzzle.

The mag release is way lighter than I thought. There’s a decent amount of travel to it, so you’re not going to bump it and drop a mag, but its easy to press with an index finger. Easier than most AR mag releases I’ve used.

The bolt release sticks out less than a regular Tavor, but is similarly sized. So now you’re less likely to accidentally hit your own bolt release (say with a sling. I’ve watched it happen!)

The trigger guard is small now! I kind of liked being able to grab on the vertical section of my Tavor as a carry-hold, even if IWI says I shouldn’t. The front bar on this is not something you would grab onto.

Looking at some of the internals of this setup, the conversion process to semi-only should be straight forward. Of course there’s NFA laws for US sales of short barreled rifles, so IWI is probably trying to figure out how to deal with that, either by including the tax stamp in the purchase or extending the barrel.

Would I replace my personal Tavor with one? Honestly, no. Non Restricted status in Canada is important to me.

Would I add one to my safe? In a heartbeat. I’d be really excited to get a 9mm kit for this too. It seems better suited to pistol calibers that the larger Tavor chassis.

Of course no one can guess when a civilian version of the X95 will actually appear. I’d hazard at least a year for IWI US to continue their SAR-21 program and launch the Galil Ace stateside. But whether its 2016 or later, I’ll have my name on a list for one of these great guns. 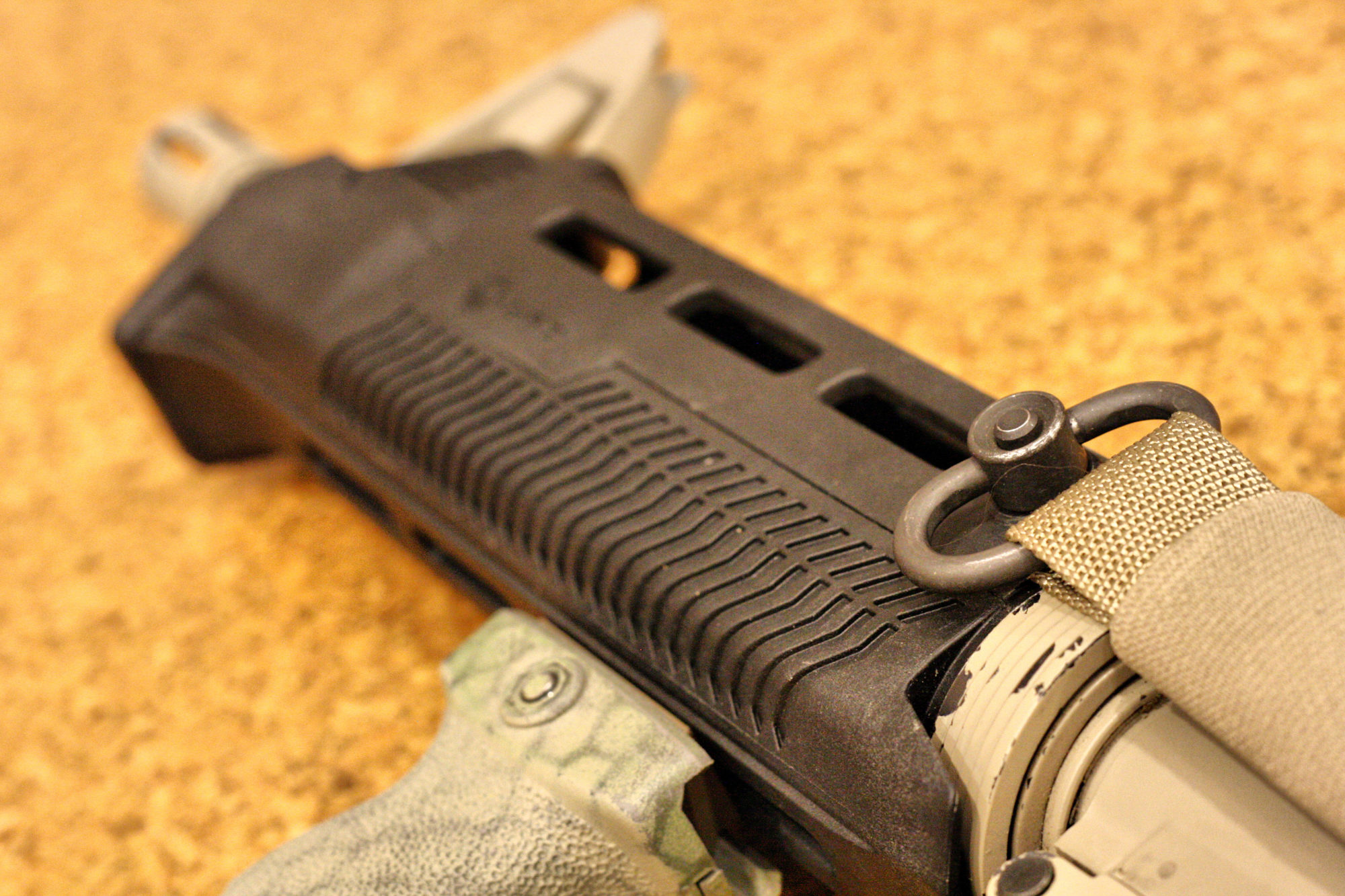