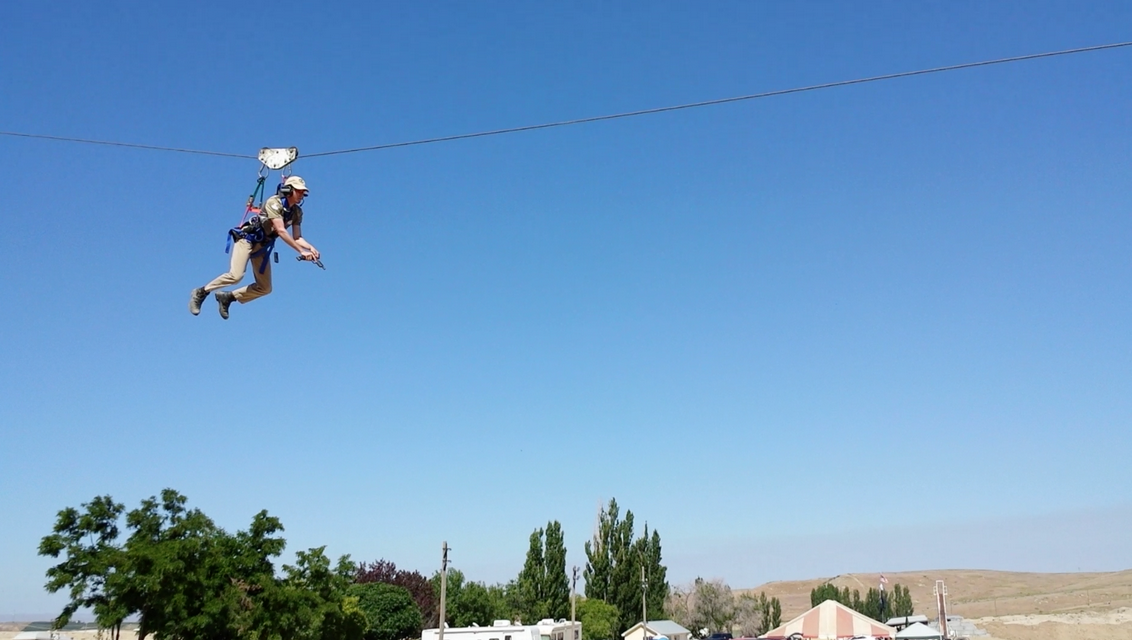 I’m back! And finally decompressing from the amazing 3 Gun shoot that is the MGM Ironman. This was my first year at Ironman, and my second officiated 3 Gun shoot.

The short of it:

I’ve never run my guns so hard, experienced so much shooting stress, or had so much fun.

I find first person clips of entire stages are pretty boring if you’re not the guy who shot them, but here’s a highlight reel of some of the best moments from MGM Ironman 2014!

If you think my taste in music sucks there is a naked version here: https://vimeo.com/98954587

Driving from Calgary to Parma took me nearly 18 hours with the border hassle of travelling with guns. Arriving at camp at 9pm and getting up to shoot at 6am the next morning was a poor choice. I had a pretty miserable first day, and learned my lessons about sunscreen, shooting first, and planning a stage properly.

Planning was a big component of the game that differs from my Canadian events. American’s shoot more, shoot farther, and shoot faster than the Canadian matches I’ve seen. Previously, my idea of planning was to look at the stage description and make sure I knew my zero at the furthest target. But the Ironman requires so much more. You need to have a mental map of what order you’ll shoot each target in, and know where in the stage you will be reloading. Will you go left to right, or right to left? Shoot the spinner first, or save it for the last? I learned the hard way that these things make a difference. The ROs and your squad can coach, but they’re not there to plan for you. Stage briefing at the Ironman goes like this:
“This is your rifle dump box, this is your shotgun dump box. Start here, and engage targets as they become visible.”

Things got better after that first day. I owe a ton of thanks to my squad preparing me before the start signal and coaching me after the timer started rolling.

The Ironman was exactly what I’d hoped for, with ridiculous challenges like towers, slides, carts, and the zipline. Probably the hardest part for my bullpup rifle and me was a forced weak-hand stage that involved shooting underneath a vehicle. I had to deal with the unusual malfunction of hot brass bouncing off my face and back into the chamber!

My favourite stage by far was the trench, which involved ditching the rifle after close quarters engagements and sprinting across the entire parking lot to get to the shotgun portion. That stage also involved a pair of the deadly MGM Spinners that must be rotated completely to score. These ones were shielded behind hard cover, and I had a lot of fun working the angles to get into a shooting position.

Here’s an example of one of the stage layouts. You shoot all your 80 yard and over targets from the top of a 30ft tower (A), slide down to ground level, and do it all again from inside a massive tire (B) then move down the centre line to wrap up your pistol and rifle targets. That solid triangle is a cluster of 14 steel targets. Lots of guys timed out on this stage, and I was lucky to be able to watch and learn from their mistakes. I even enjoyed the “spool-stage” that required shooters to position themselves in a small enclosed space before engaging. Many of the heavier guys cursed up and down about wedging themselves under a chunk of wood.

All the side-stages were a blast. I of course enjoyed the zipline, but also had fun using a suppressed .22 with no hearing protection to pop shots at a moving thermal target using FLIR’s infrared sight.

I’ll be doing lots of things different next year, but overall I’m pleased with my performance. Two shooters who I know and respect got disqualified this year, and I heard DQ horror stories from several veterans who didn’t make it through their first Ironman. My coach finished 34th out of 48 in the Open Division, and I took the 39th position not far behind him.

Looking at my summer schedule, I’ll be doing some smaller matches at the Peace River and Edmonton Area clubs, but the next big thing will be the Crimson Trace Midnight Invitational in August.

I said it before when I signed up for the Ironman, but I’ll say it again:

Huge Thanks To: The MGM Ironman is a big event for me, and I have lots of people to thank for getting me to a place where its within my grasp. Special thanks to Angelo Brewer from FLIR, who emailed me all through the event last year telling me I should shoot it. Also thanks to Dwight, Werner, Ken, Paul, Steve, and all the staff at Vortex Canada who’ve had me on their Field-Staff team for the past 2 years. I also owe a thanks to Zahal.org for keeping me stocked with all kinds of Czech and Israeli gear while supporting my various projects over the past year. Similar thanks to Adam Bekar at A3 sports, who’s encouraged me to haul Tasmanian Tiger packs and load-bearing equipment into the Rockies on a regular basis. A big thanks to all the people at ITM Instruments and Scout Basecamp who keep me busy during the week. Thanks to the talented people at IWI US and IWI Israel who have helped me with every question about the Tavor platform as my knowledge and skills grew alongside the rifle. Another thanks to James Bachynsky and Norm Hamilton from the Calgary Shooting Centre, who call me first when cool things show up on their doorstep. I should certainly thank Nathan Cook and the National Firearms Association for creating the Gun Owners of Canada Forum. My girlfriend Jessica deserves lots of thanks and praise for putting up with rifle parts strewn across the living-room and reload drills during movie nights. Finally, and most importantly I owe a huge thanks to the shooting community around me: everyone who says hi at the range, reads the blog, comments on youtube, or posts in the forums. You guys are cool cats, and I’m honoured to have you as an audience. 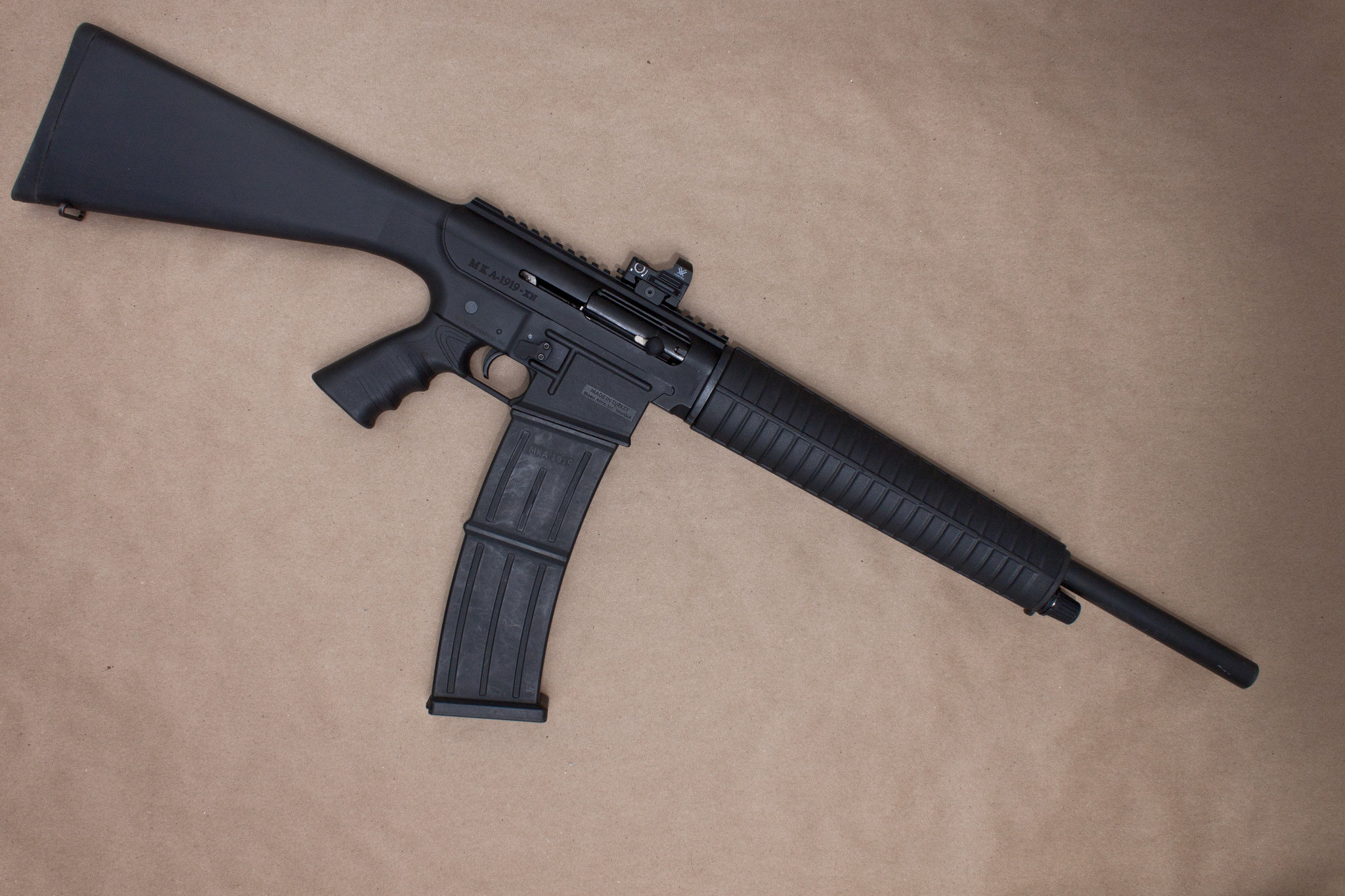 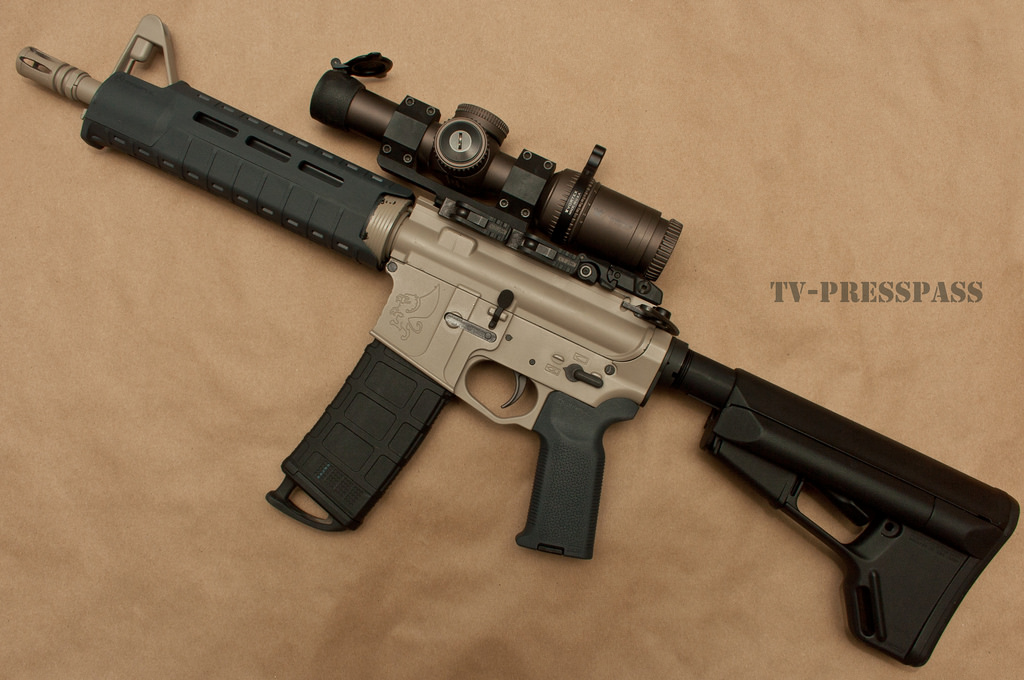