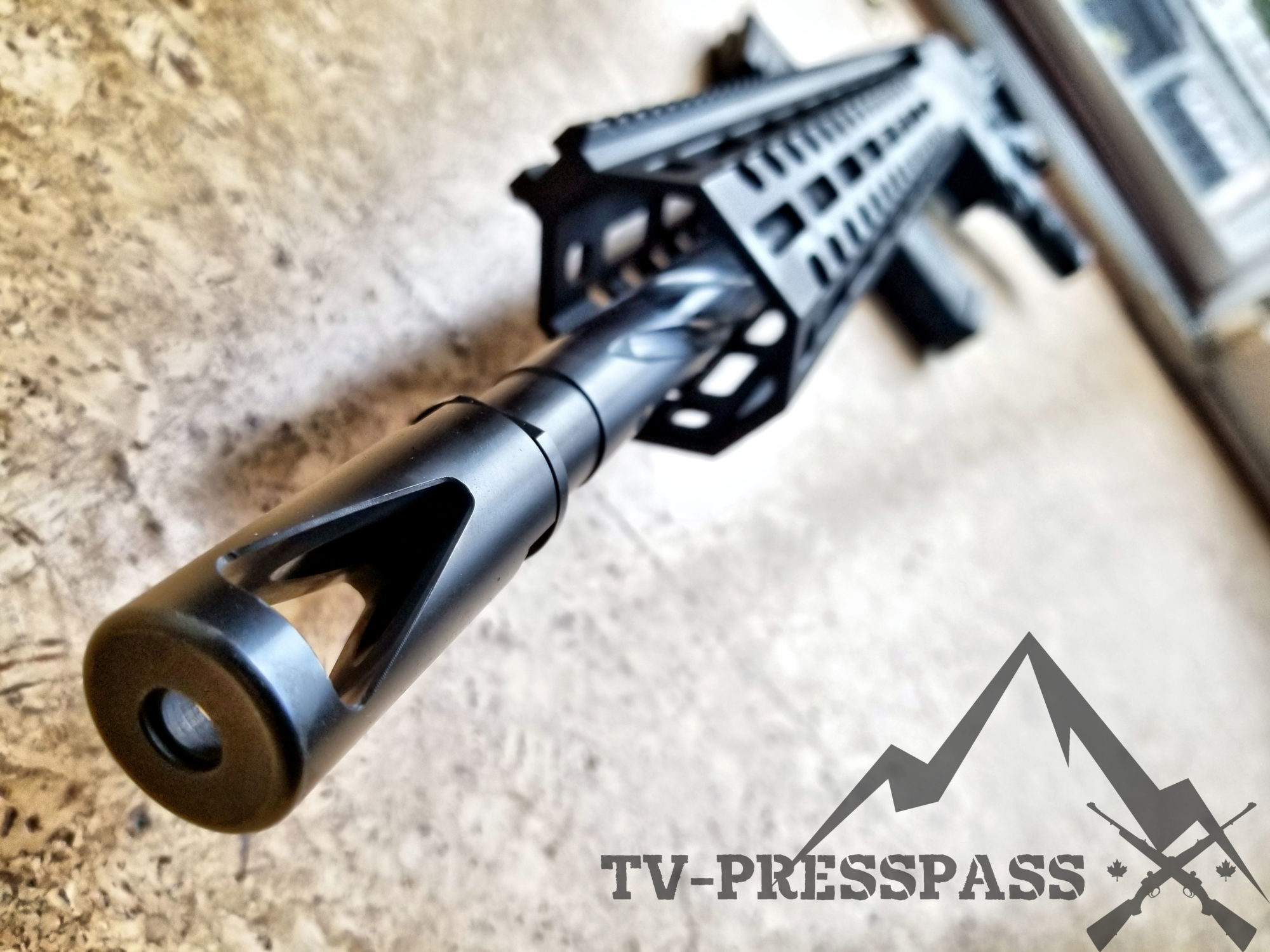 Refinement Is The Name Of The Game

……….Coming off the Calgary gun show on Easter weekend last spring the gentlemen at Range Warrior Accessories (RWA) put their names in the firearms manufacturing hat, their first build an AR180B.

……….Whether by coincidence or by design the release of their AR180B were along a similar timeline to the Wolverine – Kodiak WK180C rifle release. Both AR180 styled rifles but at the same time both are very different rifles, both in feel, fit, and function, and both up until recently did not know the other were developing AR180B platforms. I met the RWA crew at a local range. They had just finished firing 50 test rounds down range on the rifle, as they handed the rifle over to me it was literally hot off the range. It was the equivalent of driving a brand new car right off the assembly line and bypassing the dealership altogether. It was a good day. ……….Took the rifle home and quickly field stripped it to check out the parts. I was already pre-warned about worn points on magazines, more specifically the left side lip. Reason why is the bolt placement and alignment in the upper receiver in reference to the lower and the bolt-hold-open lever that is installed on the NoDak Spud lower are seated to accommodate the bolt-hold-open lever when the magazine was empty, but not compromise the bolt in the upper receiver upon cycling. A fine game of micrometers and thousandths of an inch. ……….The charging handle on the bolt carrier group (BCG) is beefy and just the right size. It could be handled with and without gloves easily. As with all side charging rifles working the action is second nature and easily done. Whether your a left hand shooter or right handed you can charge the rifle like an AK with the over/under cant of the rifle or like a Tavor by just grabbing the handle with your support hand. RWA will hand left side charging handles manufactured very soon. ……….That brings me to the design of the upper receiver. Many people have commented on the bolt on side panels on the upper receiver. Does it or does it not compromise structural integrity? If you check out their video of a compression test on one of their receivers it withstood more than 3000 PSI of pressure before slightly bending and bowing a little. That’s more than enough to handle the low percentage chance of a catastrophic failure. The side panels were part of RWA’s modularity of design. If you want a left or right side charging handle or a bolt action change out, then it’s a parts swap not an upper receiver swap. ……….The upper is a full profile fluted 223 Wylde 1:6 twist free floating barrel with a rather beefy but smart looking MLok front hand guard. Between the hand guard and the barrel the whole rifle weighs in at a hefty ten pounds even with no attachments on it. With my Vortex Strike Eagle and mount installed the AR180B came in at a few hairs under 12 pounds. Not a light rifle by any means but shooting .223 REM with it felt more like shooting a .22LR. Next up was the range. ……….It was a brisk day outside. Three degrees above zero Celsius, humidity 67%, altitude 3095 ft above sea level, UV index was low, percentage of precipitation was 10%, and winds coming north-north east at 13kph. Conditions were a little chilly but ideal with an overcast sky. I setup up for a 100m zeroing. I was shooting Remington PMC Bronze 55 grain FMJ rounds. The first hundred rounds I fired were less than stellar. Shooting off a bench rest for first hundred rounds or so I couldn’t get groupings smaller than 7 or 8 inches which was brutal and I couldn’t figure out why. Round 9 and 61 were light primer strikes. I started changing shooting positions to figure out what the problem was. I started using the magazine as a mono-pod to see what would happen. The rifle immediately started to not cycle properly. The pressure on the magazine translating up thru to an already tight BCG was slowing it down on the return preventing the bolt going fully into battery. After a round 101 I packed it up and gave the gents back at RWA a call to figure what the deal was. ……….After a quick conversation with Kevin at RWA he knew exactly what the problem was without even looking at the rifle. A BCG issue and head spacing, rushing the rifle the out to me for review they didn’t swap out the BCG, not a big deal I got a production line BCG from them and I was back off to the races again. This time I hit an indoor range where I didn’t need to track and factor as many variables as I did the week before. ……….Hitting the 50m indoor range I once again went on to groupings. This time shooting PPU 55 gr FMJ bullets for the first 50 rounds. Groupings even by my hands were sitting at a respectable one to one and half inch groups. The next 50 or so rounds were with Winchester Varmint X 40 grain polymer tips, a fairly light round. Groupings at 50m were more or less the same with a slightly larger spread. But shooting at 50m you really can’t miss, but it did confirm that the replacement BCG fixed the issues I was having at the outdoor range. ……….Back at the same outdoor range again shooting Remington PMC Bronze 55 grain FMJ rounds. Altitude 3095 feet, humidity 85%, wind north-northeast 16 kph, UV index was low, percentage of precipitation was 80%, the temperature was two degrees Celsius. I more or less tried to replicate my previous outdoor range day, save the weather conditions. After the next hundred rounds it started to pour rain by buckets. Despite all poor weather, the replacement BCG in the rifle performed groupings at 100 meters was sitting at just under 3 inches, which is respectable and more in line with what I was expecting out a rifle like this.

……….At this point in my testing and evaluation of the RWA rifle I had burned through just over four hundreds or so. Now I wanted to have another shooter have a go at it. I brought in a friend of mine Jon who is an excellent shooter and fellow infantrymen who shoots way more often than I do to put the AR180B through it’s paces. I had him shoot a variety of drills, from El Prez to the VTAC 1-5 to see how fast he could run the rifle. ……….Jon is a left handed shooter, even shooting with an aggressively forward thumb over bore grip ejected shell casing were easily clearing his extended right arm, that being said he was eating blow back as with most semi auto right ejecting rifles. He was running the rifle so fast that he actually noted that weight of the rifle with his transitions on targets. His feedback was he felt the recoil springs were a little soft and resulted in slower split times on his drills, that combined with a beefy size of the BCG there is a lot more mass moving back and forth inside the RWA rifle versus a typical AR-15 build. He commented that he liked the weight of the rifle but can see why other folks maybe turned off by having to handle a ten plus pound rifle. ……….I tested a variety of magazines in the rifle from MagPul Gen 2’s and 3’s, Troy Industries, MFT, LAR-15, STANAG, HexMag, PCV Beowulf’s, and Lancer magazines. All magazines exhibited the same left side lip shearing from the bolt. The STANAG, LAR-15, and Lancer metal lipped polymer magazines seemed to perform a little quicker in fast shooting drills. Magazines all dropped free with the press of the magazine release. The bolt-hold-open lever when tapped releases the BCG into satisfying thud back into battery. The custom in-house designed break on the end of the rifle is nicely designed but almost unnecessary with the weight of the rifle. The perceived recoil impulse is very low and follow up shots are easily lined up again. ……….RWA’s take on the AR180B is well imagined and implemented. The rifle is over engineered, a lot of thought was put into it’s build especially if you look more in-depth on the upper receivers design and the addition of the bolt-hold-open lever in the NoDak Spud lower. Not resting on their laurels they are already designing and machining more parts and accessories not only for their AR180B build but for the WK180C rifle as well, on top of their inventory of replacement and upgrade parts for legacy AR180B rifles already out there. My personal preference for future versions of this rifle would be a lighter profile barrel and a lighter weight front hand guard. If two to three pounds could be shaved off future iterations of this rifle I think they will sell even more of them. RWA’s AR180B build is a great choice for a turnkey, working straight out of the box non-restricted rifle that you can take on varmint and small game hunts and would be a great bush rifle. The craftsmanship and quality are displayed transparently in the build of the rifle. For RWA’s first foray into the firearms manufacturing, their AR180B build is a fantastic rifle and a great addition to the Canadian firearms scene. 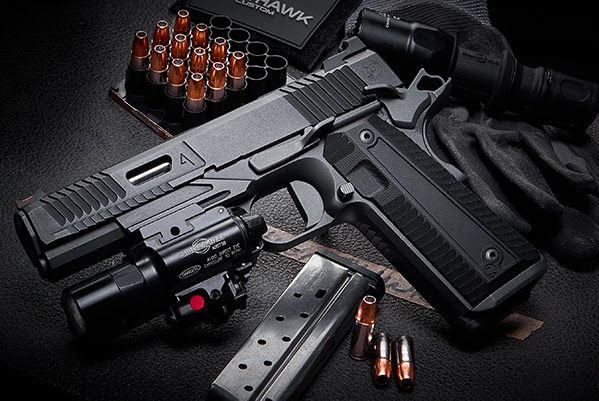 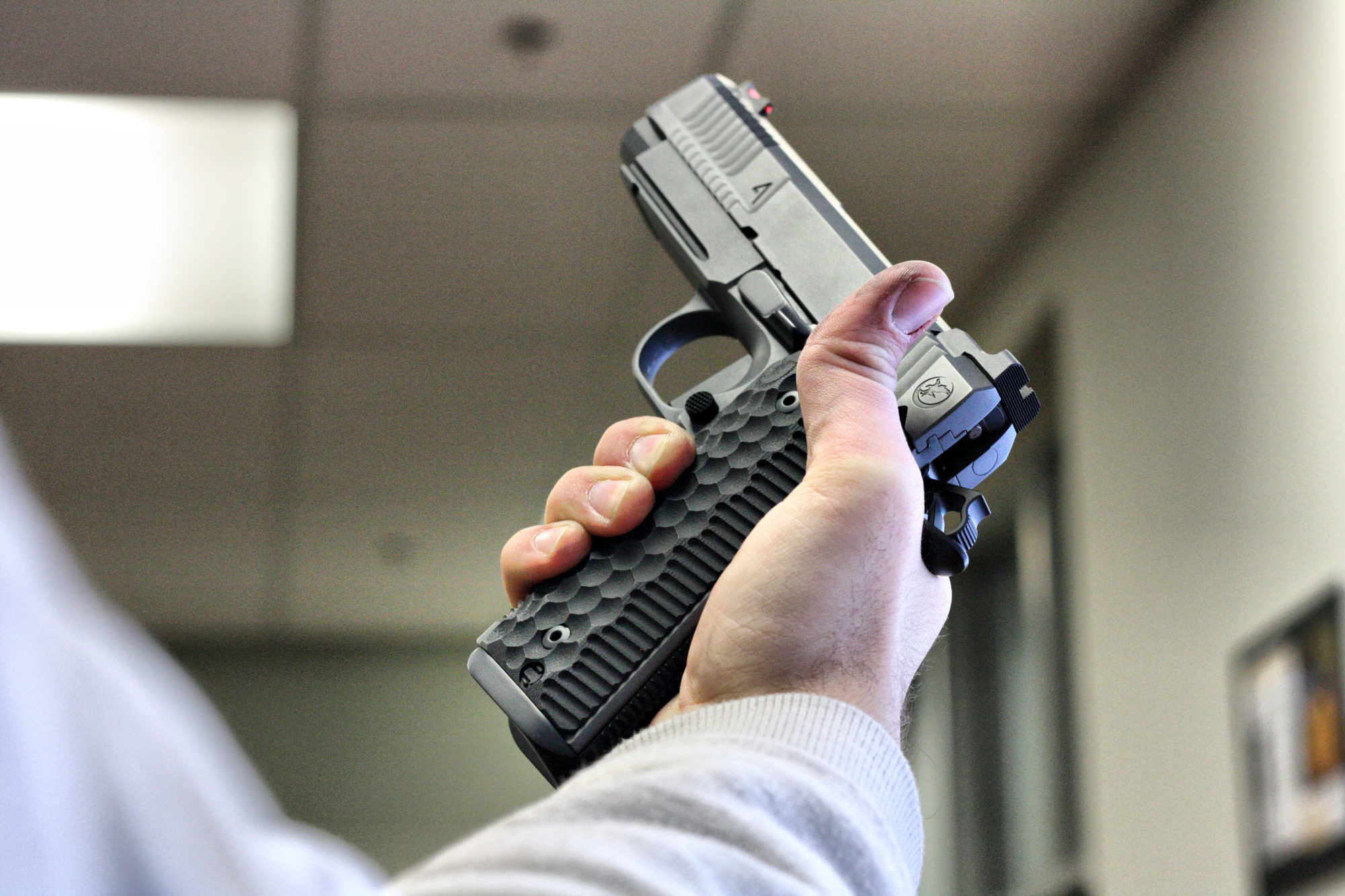 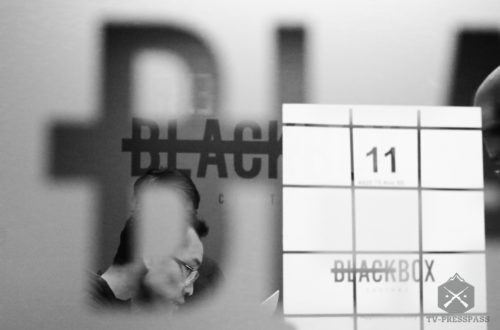