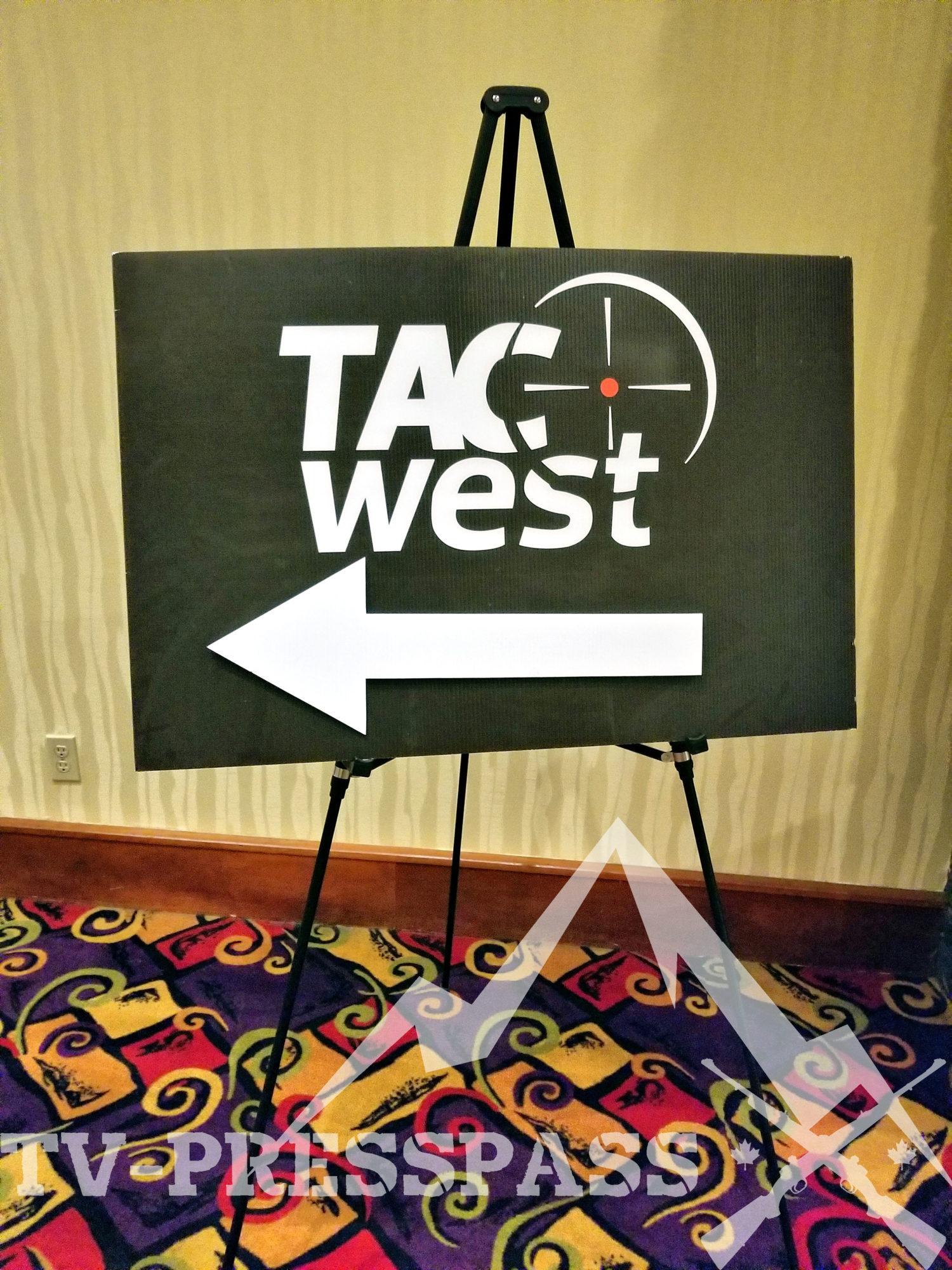 Another One In The Books

……….Early morning and I’m driving through a dense fog down a back country road towards a day of shooting.  This is how my TAC West experience started this year.

……….The annual conference for law enforcement and military in western Canada, TAC West hosts specialized courses for front line officers, tactical, and SWAT teams.  Millbrook Tactical and ONN Training hosted patrol shooting and other courses for officers in attendance at the CDTSA Milo Range in Vulcan county Alberta.  With Officers from all over the province in attendance TAC West is a hub for passing on the latest training techniques at their range shoots. ……….Also out on the range were companies debuting hardware such as Bad Rock Rifles, directly affiliated with Defiance Machine, they unveiled their line of precision rifles at the range.  Based in Montana, USA, their barrels and actions are custom built.  Bedded in MDT chassis and sporting Trigger Tech packs with a large portion of their system parts made in Canada.  When asked about it, founder Glen and Mike said it had nothing to do with Canadian gear and everything to do with sourcing the best parts for their precision rifle systems, and if they happened to be Canadian, so be it, their US dollar goes even further up here. ……….Shooting Bad Rocks .308 and 6.5 Creedmoor rifles were intuitive and very easy.  I’m not a PRS or distance shooter, so when I can key hole rounds at 200 meters without trying, you know a rifle is well built.  Ideally I would have liked to punch the rifle out past the 500 or 600 or 800 meters to really test the builds, the current range we were at was limited in that respects.  I have no doubt that their rifle will be a hit in the PRS community, agency sharp shooters, and even civilian hunters.  Bad Rock built very light weight and accurate rifles.  I look forward to seeing more from them in the near future. ……….The show floor in Calgary had premier companies from western Canada in attendance showing off their latest kit, firearms, hardware, and software. One such company is Joint Force Tactical.  A company out of Chilliwack, B.C.  It is a veteran and LEO owned store that services the British Columbia interior with the latest products for military and law enforcement.  Owner Daniel is well versed in his products and has been supplying his area for quite sometime now.  Any one current in the Canadian Armed Forces knows about the BOOTFORGEN requirements for outside purchase and reimbursement of boots while on duty.  Joint Force Tactical has anticipated the demand and has plenty of choices of footwear that meet the requirement and is ready to sell. ……….Moving along with the military theme I stopped over at Meggitt Training Systems.  Anyone in the Canadian Army will be familiar with the SAT Trainer/FATS system.  Essentially a video game version of a live fire range with actual converted firearms to practice and conduct drills either for a qualification or scenario training.  Having seen Meggitt’s system at SHOT Show earlier this year, I know their training systems have virtually limitless configurations tailored for their clients.  In the next coming weeks they have an RFP pushed out for individual units military/LEO/ and civilian for upgrades to current systems.  In the army’s case, software patches, screen and projector upgrades to high definition and cleaner, easier interfaces to work with.  I was assured that these mid-life upgrades are very much well within unit annual budgets, it just a matter of making the call. ……….What some people might not know is that Meggitt also developed and supplies live fire range setups for training of small arms as well.  They have a state of the art bullet trap system that is actually cheaper, safer, and more environmentally cleaner than traditional dirt and sand back stops.  They also have a variety of electronic scoring and target systems that are currently in use at many military bases and LEO agencies.  If you have more interest in this, Meggitt has an extensive list of videos on their YouTube channel that outlines all their systems and what they have to offer. ……….Over at Korth Group, Adam gave me a rundown of what they have to offer right now.  In addition to being an approved Leupold dealer, they carry a full line of Proof Research products as well.  The highlight though is the POF Revolution and Renegade Plus rifles.  With a lot of talk of semi-auto .308 builds lately you can’t ignore the Revolution.  A .308 platform rifle with the weight of a .223 AR.  In fact their BCG is a .223 BCG with a .308 bolt in a .223 receiver.  Obviously with a wider magazine well to house .308 rounds the BCG also has a unique round bearing designed cam pin to reduce weight and friction.  Also in the lower receiver there are two nylon screws to the left and right on the frame near the rear take down pin that your can adjust up or down to increase the tightness of the fit between the upper and lower to prevent shifting and wobble when making those longer shots, hence better accuracy.  Another upgrade I really like in the lower receiver is a bolt lock button recessed inside the trigger guard towards the front so that you can lock the bolt to the rear without taking your fire control hand off fire control and eliminating the need for an after market B.A.D. lever.  A .308 platform in the weight and size of a .223 AR is definitely an eye brow raiser in my books. ……….The gentlemen over at Black Box Customs has not let up on the gas since starting their custom Cerakote, milling, stippling, parts, and builds company.  With over 3000+ projects completed they have been the subject matter experts for customizing firearms, especially polymer frame pistols for quite sometime now.  They have upped their stippling game recently too to include a variety of grips in addition to their traditional Fine Point, they have added their Shale, Fracture, and Granulate designs.  Keeping in mind that their Granulate design may just look like they slapped on some skateboard tape, it just isn’t so.  They use a specific epoxy mix to bond the highly tactile and course grip to the firearm so that heat and wear don’t affect its placement especially if you are engaging long strings of fire in a row and bringing the heat.  Black Box Customs has also just successfully completed an agency’s Tac Team build of enhanced service pistols with MRDS that are fully compliant with agency standards, issued retention gear, and are fully operational on the streets right now.  If your agency or unit is look for sidearm or pistol upgrades you really need to contact Jay over at Black Box Customs right now. ……….I had an excellent conversation with the team over at 911 Supply.  They have been a staple for years, supplying first responders with top notch equipment, gear, and advice.  Nothing has changed… with the exception of their ongoing renovation at their store front.  They are expanding their retail space and organizing their store lay out to better serve their customers.  They’re expecting a grand reopening ideally before Christmas of this year, if it’s sooner, even better.  They demoed the 2019 Arcteryx LEAF line of the ATOM LT.  It looks and feels awesome, the new year can’t come around fast enough.  Like other retail tactical stores, they are also aware of the Canadian Armed Forces BOOTFORGEN requirements and have been trying to keep their supply of boots stocked as best they can.  When they reopen their new and improved store, hopefully a fresh supply of footwear will come with it as well! ……….Coming in fresh off the Patrol Pistol course they held at the TAC West range day.  The gentlemen, owners, and former special forces veterans of ONN Training also took time out of their day to sit down with me briefly to discuss the current state of training in the firearms world, military, and law enforcement. ……….Having spent years training foreign military and police in other countries, ONN Training has aspirations to expand their expertise to enhancing not only civilian firearms owners with safe and judicious marksmanship in target shooting and competition but also training law enforcement and assisting agencies enhance and improve their existing shooting programs and standards.  If you are interested they are running their Pistol Fundamentals Course (PFC) October 27-28, and November 17-18, with their follow up course Balance, Speed, Accuracy (BSA) October 6-7, November 3-4, and December 1-2. ……….You don’t have to travel far or pay a fortune to get excellent training and products if you’re located out in western Canada and I think like this year as in years past TAC West has been an excellent showcase to prove my point. 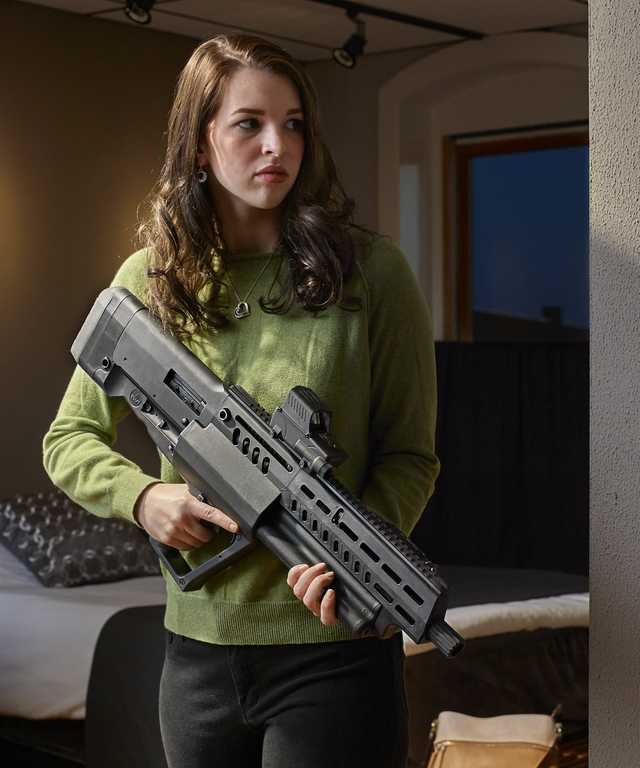